Dave had always considered himself to be a law abiding citizen. At the same time, he has had an on-again, off-again relationship with his girlfriend of six years, Kelly. They have one son together. Part of their rocky relationship included a Protection from Abuse civil case. Dave felt bad about the domestic abuse situation. He contacted Kelly to make good with her for the sake of their son. Dave believes strongly that his son should have a good father figure in his life. But, the protection order did not permit him to have any contact with Kelly, and so he was charged with Violating a Protective Order. Since he wanted to show that he was a good citizen, he did not argue with the authorities. He entered a guilty plea to Violating a Protective Order without the assistance of legal counsel.

Two years later, with the protection order over and done with, Dave thought that the worst was behind them. They could work on improving their relationship. But, he found that their relationship was still as rocky as ever. They got into an argument when he mentioned that he felt that Kelly was drinking too much in front of their son. The argument escalated. In a fit of anger, Dave told Kelly that if she did not put the beer down that he was going to smash the bottle into her hand. Dave reached over and forcibly took the beer bottle out of Kelly’s hand. This incident happened in front of their son and Kelly called the police.

When the police arrived, they arrested Dave as the aggressor for Domestic Violence Criminal Threatening and Domestic Violence Assault. After bailing himself out of jail, Dave learns that the domestic violence assault charges against him are a class C felony. He is shocked and dismayed as he feels his is no felon.

The above article involves a fictional person. However, the criminal charges and penalties are real. If you or someone you know is facing similar charges of Felony Domestic Violence, I encourage you to contact The Nielsen Group for your free legal consultation with an experienced criminal defense lawyer. Attorney Nielsen will take the time to answer your questions and put your mind at ease.

In this article, let’s explore the topic of felony domestic violence and what you need to know. 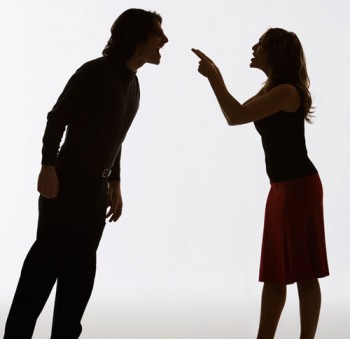 Unfortunately, Dave’s story is not uncommon. When you have a domestic violence-related charge in your history, such as violating a protective order, or have a prior domestic violence conviction on your record, the District Attorney can charge you with felony domestic violence for subsequent DV charges. Felonies are serious criminal matters. If you are convicted of felony domestic violence, you are designated as a felon. Felons face an uphill battle in finding and maintaining employment, which can hinder your ability to provide for yourself and your family.   Furthermore, felons are prohibited for life from possessing firearms or ammunition.

If facing a charge of felony Domestic Violence in Maine, do not go to Court alone. The District Attorney will not negotiate with you if you do not have a criminal defense lawyer in your corner. Without a lawyer the District Attorney knows your options are stark: plead guilty as charged, or go to trial and be found guilty. If you plead guilty or are found guilty of felony domestic violence in Maine, a Class C felony conviction would go on your permanent criminal record. The maximum penalties for a Class C felony include up to $5,000.00 in fines and up to 5 years jail time.

But with a lawyer, you can fight the felony domestic violence charge. Dave did the right thing by calling a criminal defense lawyer right away.

How a Felony Domestic Violence Attorney Can Help

In Maine, the State takes all domestic violence seriously, and it takes felony domestic violence charges even more seriously. In Dave’s case, the State would consider his prior violation of a Protection from Abuse Order, as well as the fact that Dave’s son witnessed the domestic violence incident. Coming to the office for a free legal consultation, Dave learned more about how The Nielsen Group could defend his case and work for the best possible outcome for him.

Just some of the ways that a felony domestic violence defense attorney can help include:

Possible Outcomes in a Felony Domestic Violence Case in Maine

Any outcome to a criminal case in Maine depends on the unique circumstances of each individual case. In Maine, some District Attorney’s Offices have “no negotiation” policies, meaning that they will not negotiate, period. In this case, the best defense is to take your case to trial. In any legal case, no specific outcome is ever guaranteed.

With the assistance of a criminal defense lawyer, the following could be possible outcomes to Dave’s felony domestic violence case:

Outcomes not involving a guilty plea:

A dismissal is when the State would agree to drop the criminal charge. No conviction would go on your record.

A Filing is an agreement in which the DA places the case aside, such as “filing it away,” for a certain time frame, usually for one year. If the defendant exhibits good behavior and does not get into any more trouble, and if the defendant meets any other requirements, then the charge would end up getting dismissed.

Before entering any guilty plea , take the time understand fully what all of the collateral consequences will be for your life. A criminal conviction can hinder a person’s employment, as well as affect them in future family law matters, among other possibilities. Know what your risks are before you enter a plea, and only enter a plea under the advice of a criminal defense lawyer.

Dropdown to a lesser charge

Another possible outcome is having the severity of the charge dropped down from the felony domestic violence charge to a less serious charge. A few lesser crimes that could be considered include:

Those that are successful in meeting the terms of a deferred disposition often end up with a dismissal.

Outcomes from Going to Trial:

After a trial, the judge or jury may find the defendant Not Guilty of the criminal chasge. In this case, it would be as though the charge never happened.

After a trial, the judge or jury may find the defendant Guilty of the criminal charge. In this case, the defendant would be convicted and sentenced of the charge.

After a trial, and if the jury is unable to reach a unanimous decision, then a mistrial would be declared by the presiding judge or justice. In this case, a new trial would be necessary.

When a domestic violence charge in Maine is a felony, the case will begin at the Superior Court or the Unified Criminal Docket, depending on where in Maine the crime occurs. In either case, the court procedure would be similar:

All Domestic Violence cases in Maine carry certain mandatory bail conditions, such as no contact with the victim. If the defendant wishes to change any of his bail conditions then this issue can be addressed with the Court at the defendant’s first court appearance, or at a scheduled bail modification hearing date.

If charged with a felony, the State has six months, or three grand jury cycles to indict you. An indictment is being charged formally with the crime. At Arraignment, you answer to the charge in the form of Not Guilty. Also at Arraignment, you can expect to receive a copy of the police reports, also known as discovery.

A dispositional hearing is a court date that determines whether your felony domestic violence case will be going to trial. It can be called a Dispositional Conference or a Docket Call, depending on whether you are in the Unified Criminal Docket or the Maine County Superior Court. The attorneys meet to negotiate a potential resolution to the case without going to a trial. As the defendant, you get to decide whether or not you find the resolution offered is acceptable to you.

If the discovery shows that certain evidence could have been obtained in violation of your constitutional rights, then your criminal defense lawyer would file an appropriate pretrial motion, such as Motion to Suppress. The purpose of a Pretrial Motion Hearing is to resolve any issues pertaining to the evidence before heading to trial.

A trial is a person’s very public day in court. In domestic violence cases, many defendants choose to not go this far. If the defendant intends to have a trial, the criminal defense lawyer should support this choice, and the facts of the case should favor the defendant’s version of events.

Often, defendants face the question whether to have a jury trial or a trial in front of a judge. The judge decides cases based on the letter of the law. However, the jury often can see thing from a Defendants point of view and pujt themselves in your shoes and reach “reasonable doubt”.

The outcome of the trial is the defendant is found guilty or not guilty by the fact finder. When you have a strong legal advocate, you have a better chance of resolving the charges before ever reaching a trial. 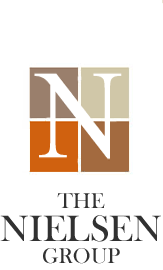 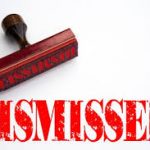 Know the Law, know the procedure, know how to win at the BMV. Winning cases is my pride and joy.  Fighting OUI charges is simply a passion of mine.  OUI charges in Maine are resolved in two steps: Step 1:  The Criminal Case at Court Step 2:  The Administrative Hearing I make sure any prospective […]

99 % of our clients are satisfied with our legal services at the end of their case.
Learn more...

How Can We Help?

Do not face Maine OUI Charges Alone! I personally can help with my 10 years of experience representing hundreds of clients. Check out our case results to see where we have helped many clients who were in your same circumstance.

Please touch base with me about your case. I guarantee you will feel better.

A bit about Chris A. Nielsen, Esq.

I am the sole proprietor of a client centered Maine Criminal Defense Law Firm that aggressively protects the freedom and future of those facing criminal charges, and I have the experience and results to prove it. Call (207) 571-8555  or use the email form. A consultation is free and I will answer your questions. More…